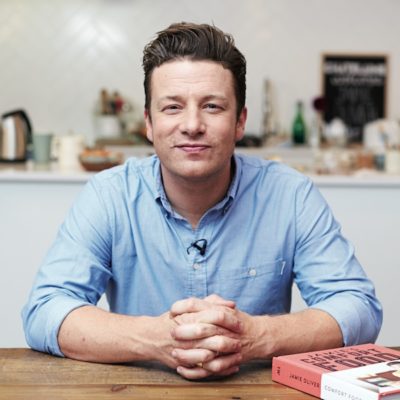 Jamie Oliver — Board of Advisors

You may recognize him from TV shows like The Naked Chef, Jamie’s Kitchen, Jamie Oliver’s Food Revolution, and MasterChef, just to name a few, but Jamie’s cooking adventures began long before he appeared on the screens in your kitchen; much like the young and curious eaters at Sprouts, Jamie started cooking when he was only eight-years old, and got his start working at his family’s restaurant in the UK.

After mastering his chopping skills in the kitchen and his school skills at Westminster Kingsway College, Jamie worked in a number of different restaurants until he made his way to the position of sous chef at The River Cafe. This is when his mission for healthy eating and food education took center stage.

Four restaurants, twenty-three cookbooks, and countless meals later, Jamie Oliver is the world’s go-to chef and educator for all things healthy, simple, and delicious. After pioneering nutritious lunch programs and advocating for school administrations to include cooking in the lesson plan, Jamie has made it clear that fresh, quality food is for everyone, and we couldn’t agree more.

We continue to look to Jamie for inspiration, as he never stops pursuing his mission to make real food accessible to all. For us, there is no greater motivation than having this dedicated chef and educator support the cooking, learning, and eating that we do at Sprouts. We couldn’t be happier to have him on the team!