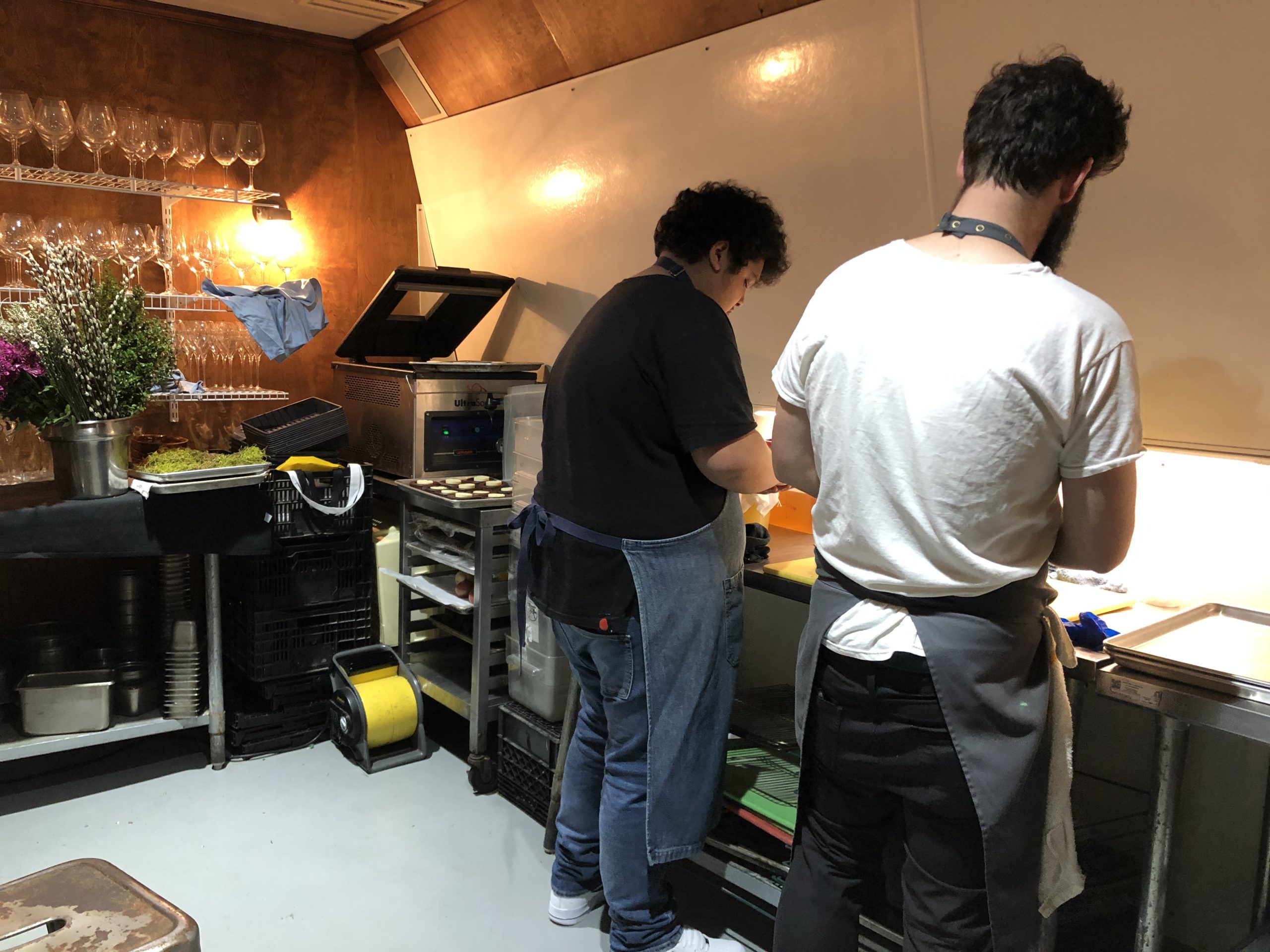 For 16-year-old CT intern Saul Jauregui from San Francisco, the professional support and relationships he’s made extend far beyond the kitchen. Saul is currently interning at Chef Teague Moriarty’s Sons & Daughters: a Michelin-star intimate dining space in Nob Hill showcasing seasonal prix-fixe nine-course tasting menus from Bay Area local farmers, ranchers, and fishermen along with a curated global wine selection. Before applying to Sprouts’ Chef Training program, Saul was connected with the Mayor’s Youth Employment & Education Program (MYEEP) through his high school. This collaborative of neighborhood-based agencies has provided subsidized work experience and transferable skills for San Francisco high schoolers since 1991 to combat employment barriers. So, in a city with contrasting affluence and an ever-changing job market, programs like MYEEP partner with Sprouts to serve individuals through interning in the Bay Area restaurant scene.

Saul continues to express his deep gratitude for the community and encouragement he has experienced through the program. He had applied to Sprouts so that he can learn the necessary cooking skills to help feed his family at home: his mother, father, and a younger sister. Saul’s older sister now lives independently, but when she does come home, he is able to demonstrate the expanse of skills he has learned. This not only allows him to alleviate some of the pressures and responsibility for his working mother but also opens up greater job opportunities. Upon receiving his acceptance, Saul expressed how outstanding it felt to be so believed in and recognized: “I felt like the environment matches how I am: calm, outgoing, sometimes silly, but at the same time efficient. I don’t mess around. I feel like overall the way I’ve been treated in the program is just very good.” The understanding and familial nature of the Sons & Daughters staff create an environment in which Saul feels accomplished, appreciated, and accepted. Their team has provided a space where he can develop his culinary skills and gain insight into the profession – as well as support his personal growth. As a natural component, frequent check-ins during service ensure that the team works as a whole, organic unit to succeed together.

Saul’s time in Sprouts’ program has shown him how to take a lot more initiative for himself. This sense of agency has transformed him into a more independent person who is confident and capable in the kitchen in terms of efficiency and skills. On his first day at Sons & Daughters, he recalls how they complimented him on his knife skills and expressed how much potential and talent he has for a culinary career. The warm yet unfamiliar environment welcomed Saul with open arms, and he continues to feel accomplished after each day. Partnering with a local, critically-acclaimed restaurant has made him consider a career in the culinary industry, but he has his dreams set on engineering. By developing a stronger self of self, he feels that he has gained the necessary skillset to enter such a challenging and demanding field while having the capability to support his family. It is clear that he cares deeply about his younger sister and assisting his family: “If I don’t even know how to turn on the stove, that’s telling me something. It tells me that I need to go out and learn more.” Having a drive to do more for those around you is just a small glimpse into how Sprouts works to empower young women and youth of color. Financial independence and greater access to good foods serve as vehicles for empowerment. Establishing a deep connection with interns helps them see the potential in them that they may not have seen otherwise. The financial support of the donors allows for youth to participate in the internship at no cost. The focus on their development contributes to creating an environment and community where others invest in them so that they can grow.

“This program is simply very good. I’d suggest and recommend it for anyone wanting to pursue a career in culinary or feel like they can learn more like I did.”