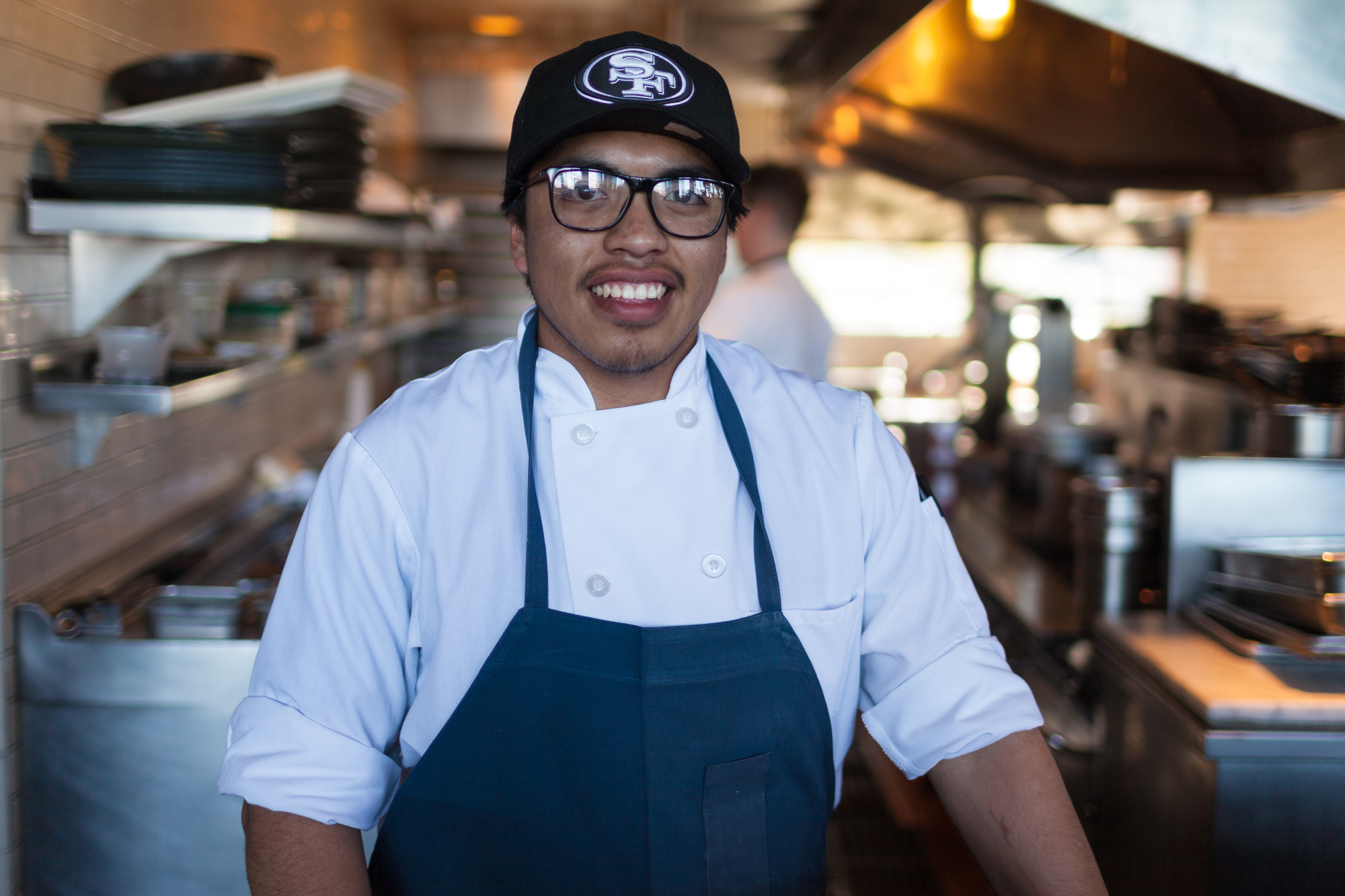 Even before his training through Sprouts Cooking Club’s Chef-Training (CT) Program, Kevin Sandoval was no stranger to the kitchen. While born and raised in the Bay Area, he also spent a significant part of his childhood growing up in Puebla, Mexico helping out in his uncle’s panadería, where he partook in the making and breaking of bread and pastries. To him, “Food wasn’t just food over there. You cooked because you wanted to take care of somebody. You cooked because you wanted to bring people together.” This changed for him upon returning to the US at the age of nine. Here, money was tighter and food, which had once been a source of pleasure for him, had become “just sustenance at that point.” As the child of immigrants in a family that struggled financially, Kevin was forced to grow up from an early age. Like any other kid, he enjoyed having fun and hanging out with his friends, but what he also understood was his familial obligation. Growing up, his parents struggled to get by, and yet, managed to always be there for him and his three other siblings.

Having “never been the type of person to just stand by and accept their help,” he assumed personal responsibility for taking care of his family and began working from a young age. As he put it, “I don’t want them working for the rest of their lives. I want them to just live.” However, as Kevin discovered, making $12 an hour in fast-food restaurants was not enough to provide for an entire family. Still, he wanted to continue working in kitchens and so he sought work in fine dining and Michelin-starred establishments in the Bay Area. Putting on his Sunday best, he went to every restaurant he could think of, and they told him familiar versions of the same story: he was too young or too inexperienced. They suggested culinary school, but that simply was not an option so he started looking at programs, eventually stumbling across Sprouts Cooking Club.

To his surprise, Kevin was accepted into Sprouts’ CIT Program. Here, he found mentorship in Marissa Nguyen, the CIT Program Manager at the time. She gave him her contact information and said for him to reach out if he ever needed anything. Initially, he thought she was lying, but whenever he did need something, she and Sprouts did their best to help him out. This unconditional support, he said, felt like “being welcomed into this sort of family. They helped me out with advice and connected me to people and events. It felt like I had a community, nothing like I had before.” At his host restaurant, Waterbar, a sustainable seafood restaurant located in San Francisco’s Embarcadero, Kevin also found mentorship in Chef Justin Baade, the line cooks, and the sous chefs, many of whom had been in similar situations to his. As they worked together, they shared with him stories of how they handled their own respective situations and how they ended up doing well for themselves. There, like at Sprouts, Kevin felt less alone. “Growing up,” he said, “I thought no kid should have to go through this. I thought about giving up. These chefs did the same thing and their situations were even harder than mine.”

Since graduating from high school and the CIT Program, Kevin was offered a full-time position working at his host restaurant, Waterbar, and worked there for some time. Currently, he is still involved with food in a part-time capacity, working at a bakery in Vallejo, California while also studying computer science and website design at Diablo Valley College in Contra Costa County. Looking forward, Kevin is interested in trying something new. In terms of his relationship with food and cooking, he said, “There will always be a special place in my heart for cooking and I still want to be connected to it. I’m just re-adjusting course.” In the future, he hopes to one day open up a “mom & pop” type of restaurant, where everyone in the community knows one another.

In the meantime, Kevin is hoping to pursue a career in computer science as a means of being able to support his family, a career he would have never thought possible if not for Sprouts Cooking Club. He is grateful to Sprouts for helping him turn his ideas into a reality, “broadening my perspective and showing me that there’s opportunity out there if you’re willing to work for it.” Because of the Chef-in-Training Program, he came out with a newfound confidence. “If I could survive working in a kitchen in San Francisco,” he said, “I can do anything.” 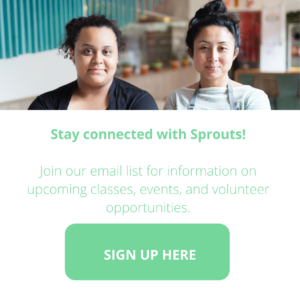